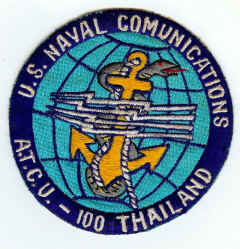 The U. S. Navy Transportable Communication System AN/TSC-35  is a complete communication station consisting of a Receiving Central AN/TSR-1 (COMMCENTER/Receiver site) and a Transmitting Central AN/TST-2 (Transmitter site). (See artists concept of completed sites, figures 1-1 and 1-2.) Communication equipment, repair, supply, and primary power facilities at both sites are housed in 40-foot containers which have been designed for land or sea transport and for rapid on-site installation. Associated transmitting and receiving antennas, primarily in kit form, can likewise be installed in a minimum of time. The assembled communication system provides point-to-point, ship-shore, air-ground and broadcast communication facilities, with cryptographic capability, of the extent and quality comparable to a fixed shore communication station.

Communication System AN/TSC-35 is comprised of  26 containers at the Receiving Central AN/TSR-1 arranged as shown in figure 1-3, 30 containers (and a Helix container which is not shown) at the Transmitting Central AN/TST-2 arranged as shown in figure 1-4, and one mobile workshop trailer. The containers at each site (except for the power group, the mobile workshop trailer and Helix container) are joined together end-to-end to form wings, and the wings are joined allowing internal access from wing to wing. The containers are mounted on adjustable support assemblies that allow for all joined containers to be maintained at the same level. The containers are identified according to their positions in their respective wings at each site, such as RA1 or TA1, the R for receiver site or T for transmitter site, the A for the wing location, and the 1 for the first container in the wing nearest the center of the group. The forward ends of the containers face the outside of the complex. The power generation and distribution containers at both sites are physically separated from the remainder of the complex as illustrated in figure 1-3 and 1-4. These containers are designated by first a letter G, followed by R for Receiving Central or T for Transmitting Central, and a numeral suffix such as 1 for Power Distribution, 2 for Power Control, and 3, 4, 5, or 6 for Generators. All AN/TSC-35 containers, with the exception of the power distribution, generator and helix containers, are equipped with all-weather air-conditioning units that mount on the outside walls.

The Communications System, AN/TSC-95 is intended to provide the Force commander with the means to effect a Fleet Marine Force (FMF) mobile command termination with a naval communications station. The AN/TSC-95 has the capability of terminating two high frequency communication links operating in a full-duplex mode. These links can be either teletype, secure teletype, voice, or any combination thereof.

The mission of the AN/TSC-95 is to provide the landing force with an independent means of exchanging operational and administrative traffic between the landing force and commands outside the objective area. In particular, it will provide access to the worldwide Defense Communication System (DCS) through a naval communications station (NAVCOMMSTA) termination. In a Marine amphibious force operation, it is planned to assign four AN/TSC-95's to the communications support company (CSC) of each of the communications' battalions. One AN/TSC-95 would be provided by the CSC to the senior Marine air-ground task force (MAGTF) commander for effecting an FMF mobile command net termination upon establishment of the landing force command ashore. The remaining AN/TSC-95's would provide similar long-distance terminations for division, wing, and service support group headquarters as required.

The AN/TSC-95 consists of a High Frequency Communications Central, AN/TRC-171, and a Teletypewriter Central, AN/TGC-46, together with necessary antennas and ancillary equipment. The system is housed in two S-280 shelters, which are helicopter transportable or which can be mounted on a standard USMC 5-ton truck. The system does not require a dedicated prime mover. It must be displaced by Helo or truck prior to operation. Two 15-kilowatt (kW), 60-hertz (hz), generators not supplied as part of the AN/TSC-95, are required to power the system. The AN/TRC-171 and AN/TGC-46 are capable of being operated as independent systems. When operated alone, the AN/TRC-171 is capable of establishing the high frequency communication links in the voice mode only, since it contains no record terminal equipment. The AN/TGC-46 can be operated as an independent teletypewriter terminal; however, transmission paths must be provided by other means.

The AN/TSC-95 system provides for reliable single sideband radio-teletype or voice communications with a designed, designated NAVCOMSTA. CW transmission and reception type communications are also available. The system has been designed with maximum patching flexibility and can be operated in various modes, thus permitting the selection of the most advantageous mode for each tactical deployment. The system has three basic modes of operation: FSK, Voice Frequency Carrier Teletype (VFCT), or voice. These three basic modes provide the seven operating mode options that may be employed separately or in combination as listed in Table E-10.

the mystery item at the bottom of the rcvr racks say "The Hayes Corporation" and "GAALT" - also labeled WA-623 rcvr on the rack and audio patch panel. 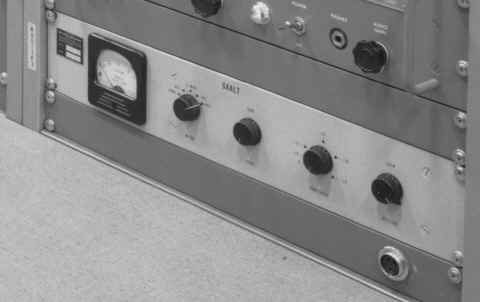